Our Universe Arrives in Donegal

‘Our Universe’, a primary school science education programme delivered by Gas Networks Ireland in partnership with Junior Achievement Ireland (JAI), has arrived in Donegal. Exploding the myth that science is difficult, Our Universe delivers interactive and practical science based lessons to 6th class primary students. Ayr Hill National School, Ramelton will be the first school in Donegal to participate in the programme which, on an annual basis, involves over 5,000 primary school students nationwide.

Our Universe is designed to encourage students to continue with science as they transition to second level and each year over 200 volunteers from organisations around the country will have the opportunity to get involved in the programme. Volunteers are recruited and trained by JAI to facilitate the in-classroom programme, which is an integral part of Gas Networks Ireland’s commitment to fostering students’ interest in Science, Technology, Engineering and Maths (STEM).

During the final module, Ted arrived to help present the certificates to the students, only adding to the excitement on the day and their sense of achievement for a job well done. Thanks to all involved. 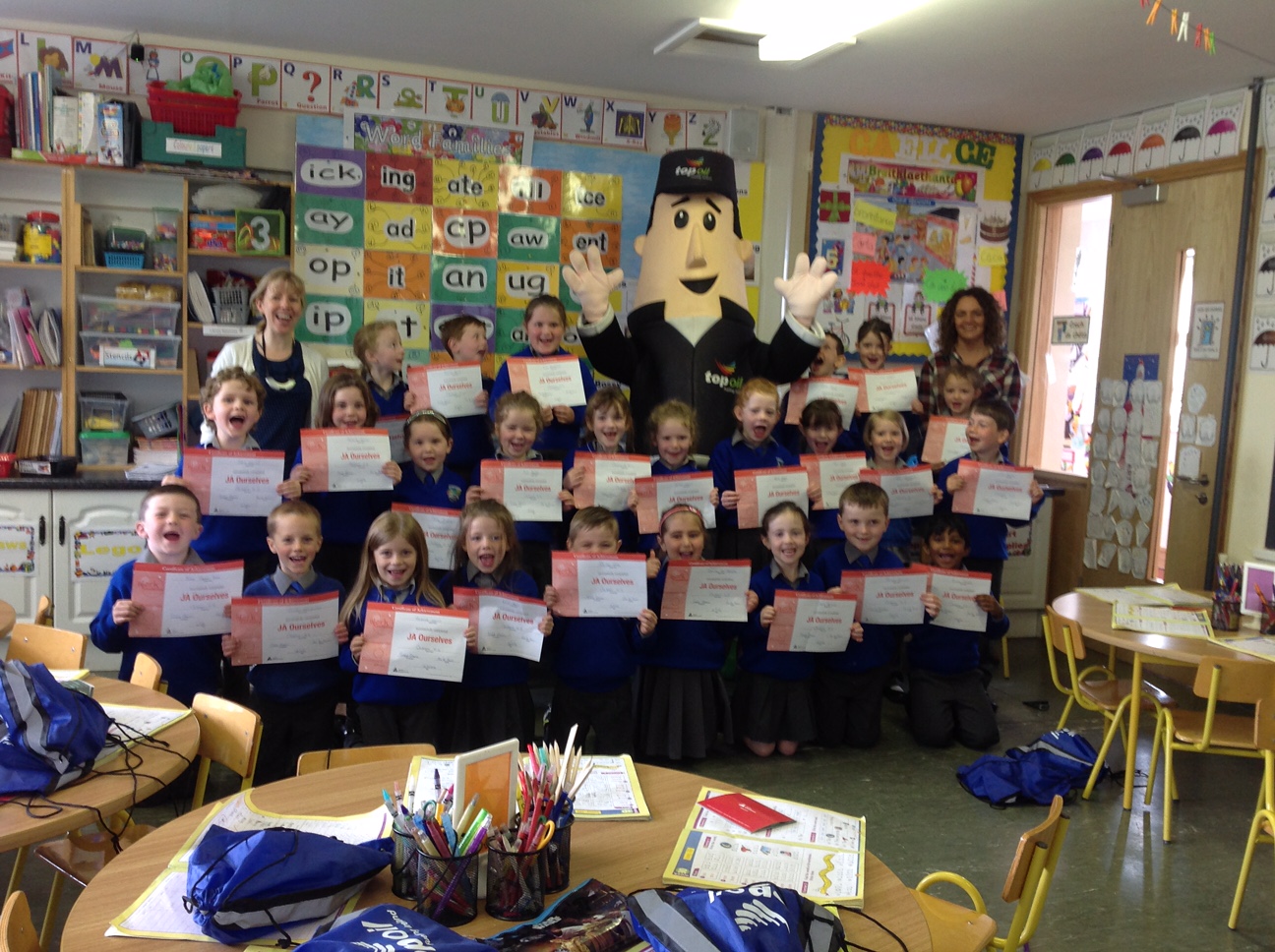 Olympian Brendan Boyce was guest of honour at the recent Junior Achievement Ireland (JAI) ‘Working it Out’ event. Organised in conjunction with Marine Harvest, the event invited seven schools from the Fanad peninsula to take part in the ‘Working it Out’ event in the Rossnakill Community Centre, which combined the world of sport and mathematics.

Thanking Junior Achievement Ireland and Marine Harvest for the invitation, Brendan Boyce said: “I was delighted to be able to attend the JAI event and it was great to see so many students getting active, while also learning about mathematics. Education is equally as important as getting active and this event is a clever way to mix the two disciplines. A sincere thanks to all of the schools and students who made the wonderful good luck messages and cards – I’ll proudly display them in Rio this summer.”

Marine Harvest is Ireland’s largest producer of farmed Atlantic Salmon and the business is supporting Brendan Boyce on his road to Rio. Key Account Manager, Annette Rodgers, said the children were very excited to meet an Olympic athlete: “We were delighted that Brendan could attend the JAI event. The students really enjoyed learning more about his sport, race-walking, and the Olympic Games in general. They took part in a Q&A with Brendan and he gave them a quick demonstration of how to race-walk. Each school presented Brendan with good luck messages and cards, and who knows, his visit may well have inspired the next generation of Olympic athletes from Donegal. On behalf of the whole team at Marine Harvest, we want to wish him every success in Rio this summer.”

'Finance Your Future' on Arranmore Island

They covered real-to-life topics like balancing their own personal budget, learning about credit cards, interest rates etc., as well as how the markets work in the form of stocks and shares.

Lisa Brennan, Business teacher in Gairmscoil Mhic Diarmada gave “thanks to MetLife for this very worthwhile programme. The content really helped to reinforce what we had learned in the classroom by putting it into to real life scenarios.” 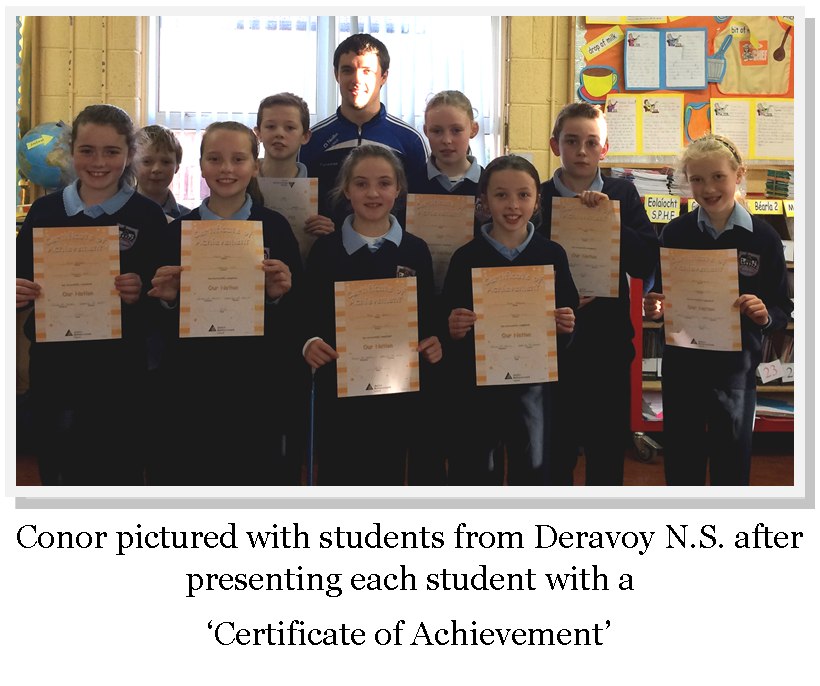 Six staff from CombiLift recently stepped out into the classroom to deliver the Junior Achievement ‘Our Nation’ programme, a business and enterprise initiative, presented to primary school students in six schools throughout Monaghan.

During this in-depth and action-packed five week programme, students role-played business ownership by; producing a product using different production methods, exploring the costs associated with running a business, and by taking charge of their own businesses to make a profit!

Throughout the programme students learned about the success story of CombiLift and were inspired to come up with their own creative ideas for a new business. Upon conclusion of the programme, Lorraine Mc Kenna, Class Teacher, Deravoy N.S. commented:

Mairéad Mohan, Programme Coordinator, Junior Achievement Ireland, state that “We are absolutely delighted to partner with CombiLift to roll out this initiative. By having role models from the working world mentor these young students about entrepreneurship from an early age is pivotal to the future success of our economy and future jobs in Monaghan. The feedback we have received from all of the schools involved has been fantastic, the students are not only fostering an entrepreneurial mind-set, they are also been equipped with key skills all employers need such as; creativity and forward thinking, problem solving, teamwork, presentation skills, to name only but a few.”